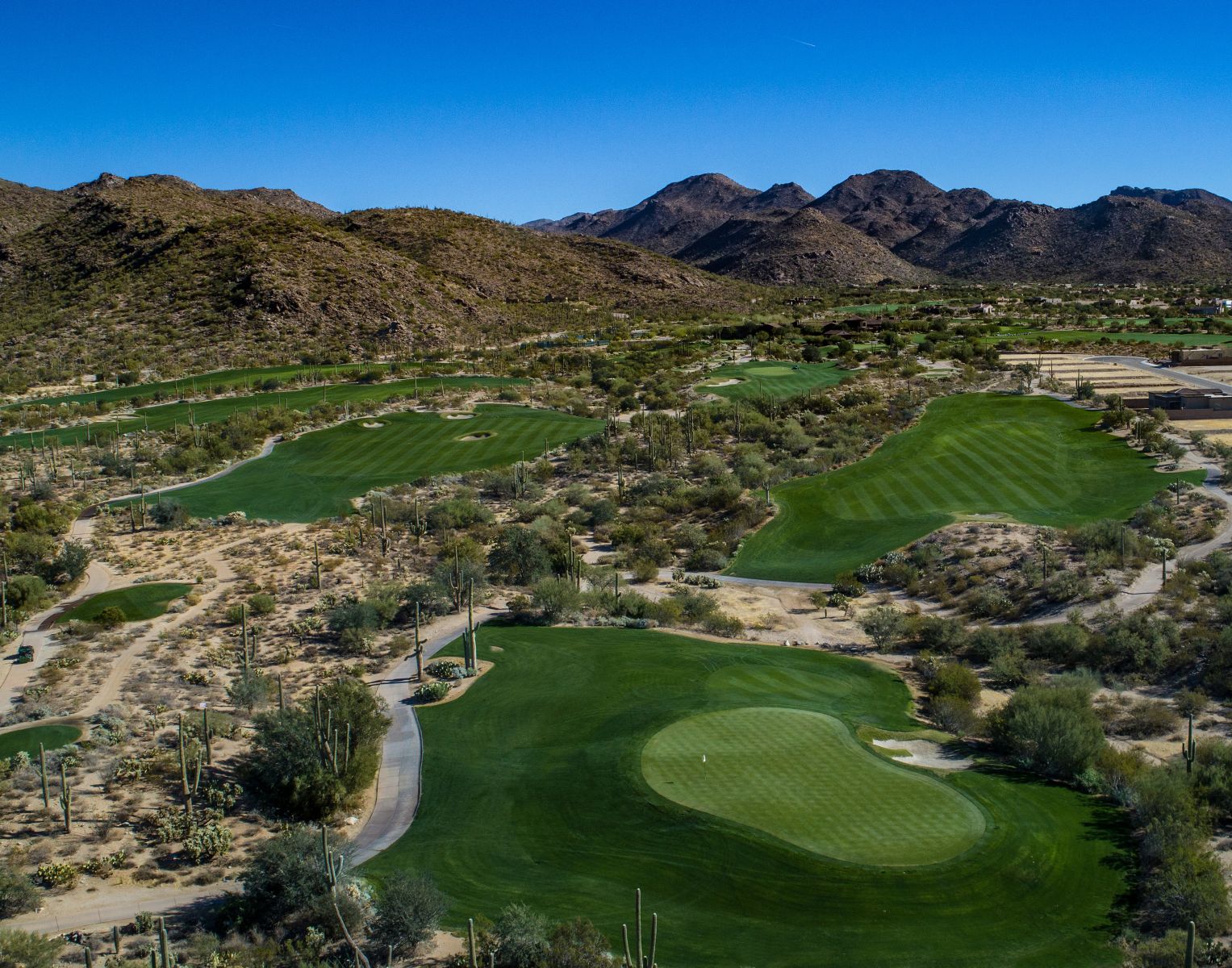 Straightaway and slightly downhill, the wide fairway eventually runs into a crossing wash. The approach is uphill over the wash to a green guarded by a bunker short and left, with open space on the right. 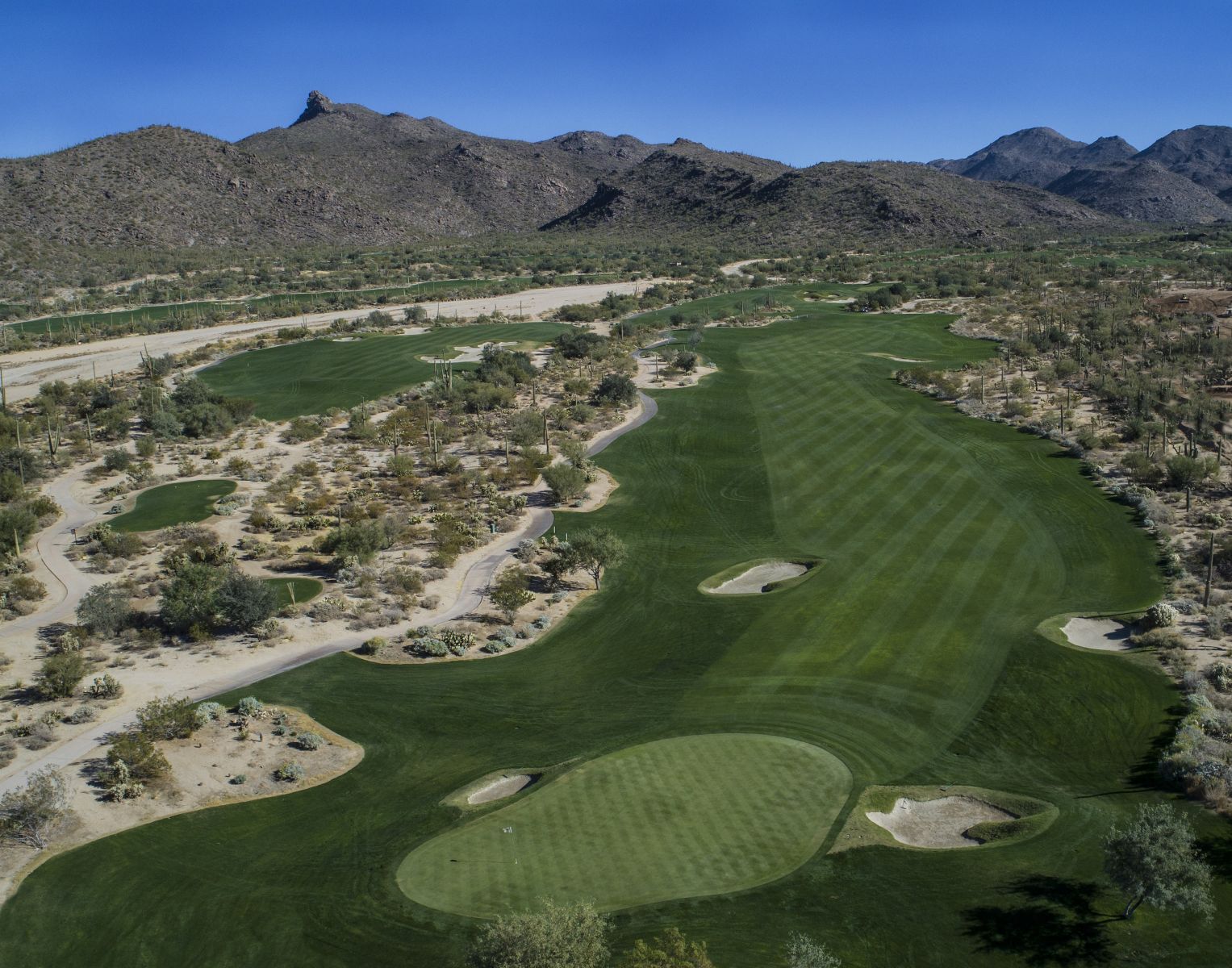 A gradual dogleg left and a bit downhill, bunkers line the left side of the landing area. A bunker 67 yards short of the elevated green determines strategy for laying up, or going for the green in two.

The only water hazard on this nine sits to the right and partially in front of the green, enticing a left-to-right trajectory. The green, surrounded by bunkers, slopes left to right, and down toward the water. 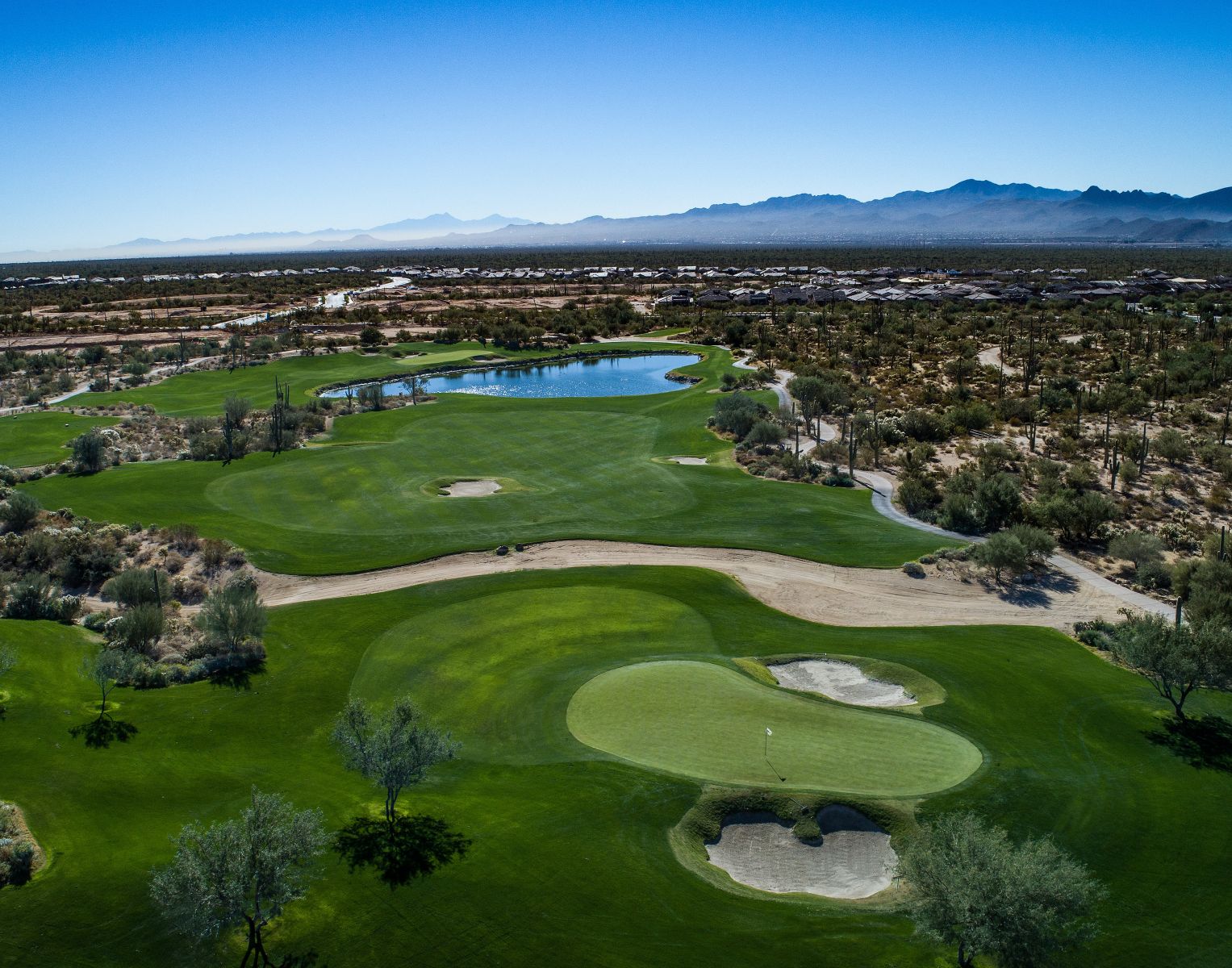 The pond stretches in front of the tees, which look out to a fairway with five bunkers that stud the landing area. The approach is a carry over a wash to a small green with a devilish false front. 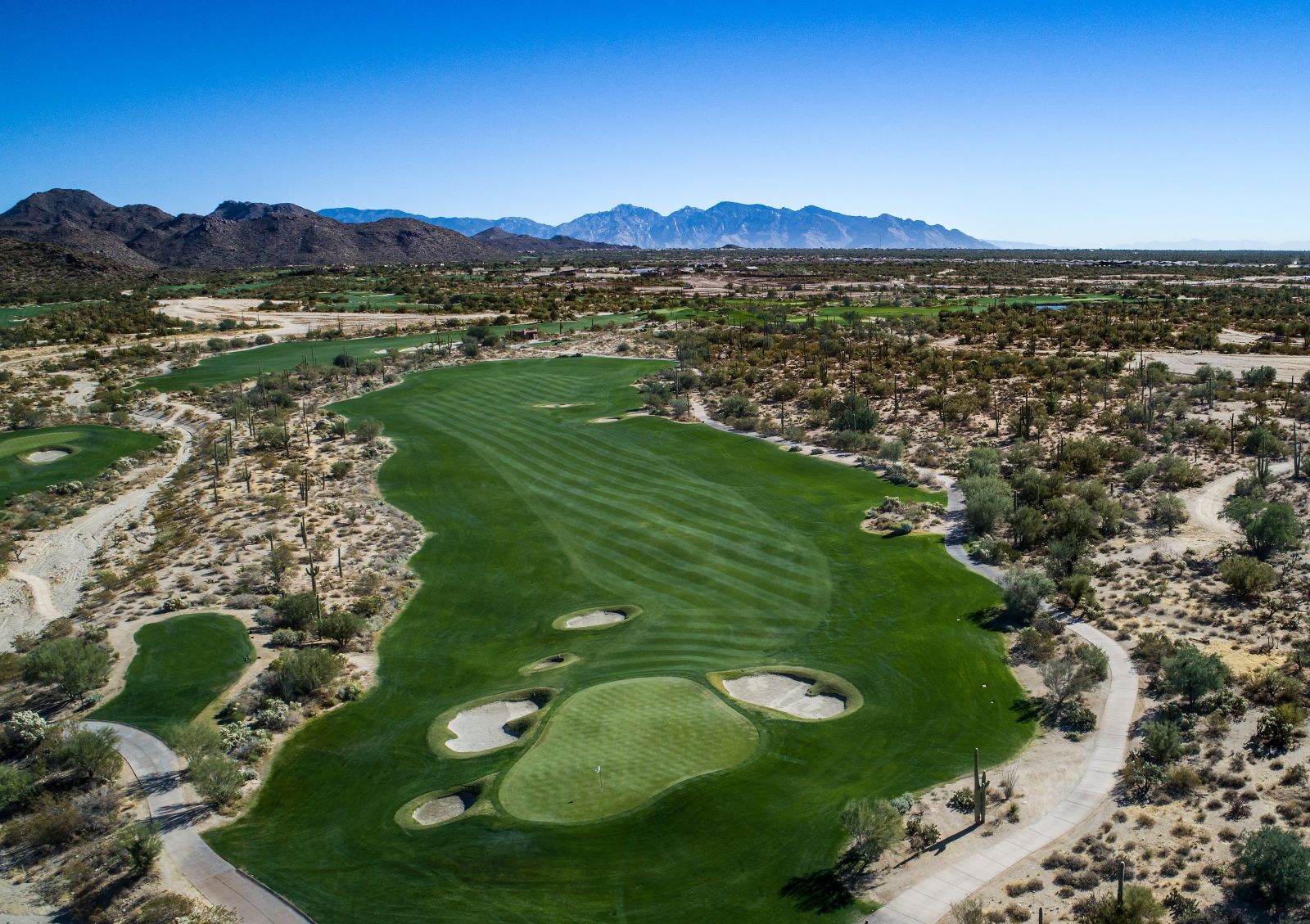 A wide, welcoming fairway forms a gentle double dogleg, first left and then right. A series of pot bunkers lines the final 40 yards on the right to the back of the elevated green. 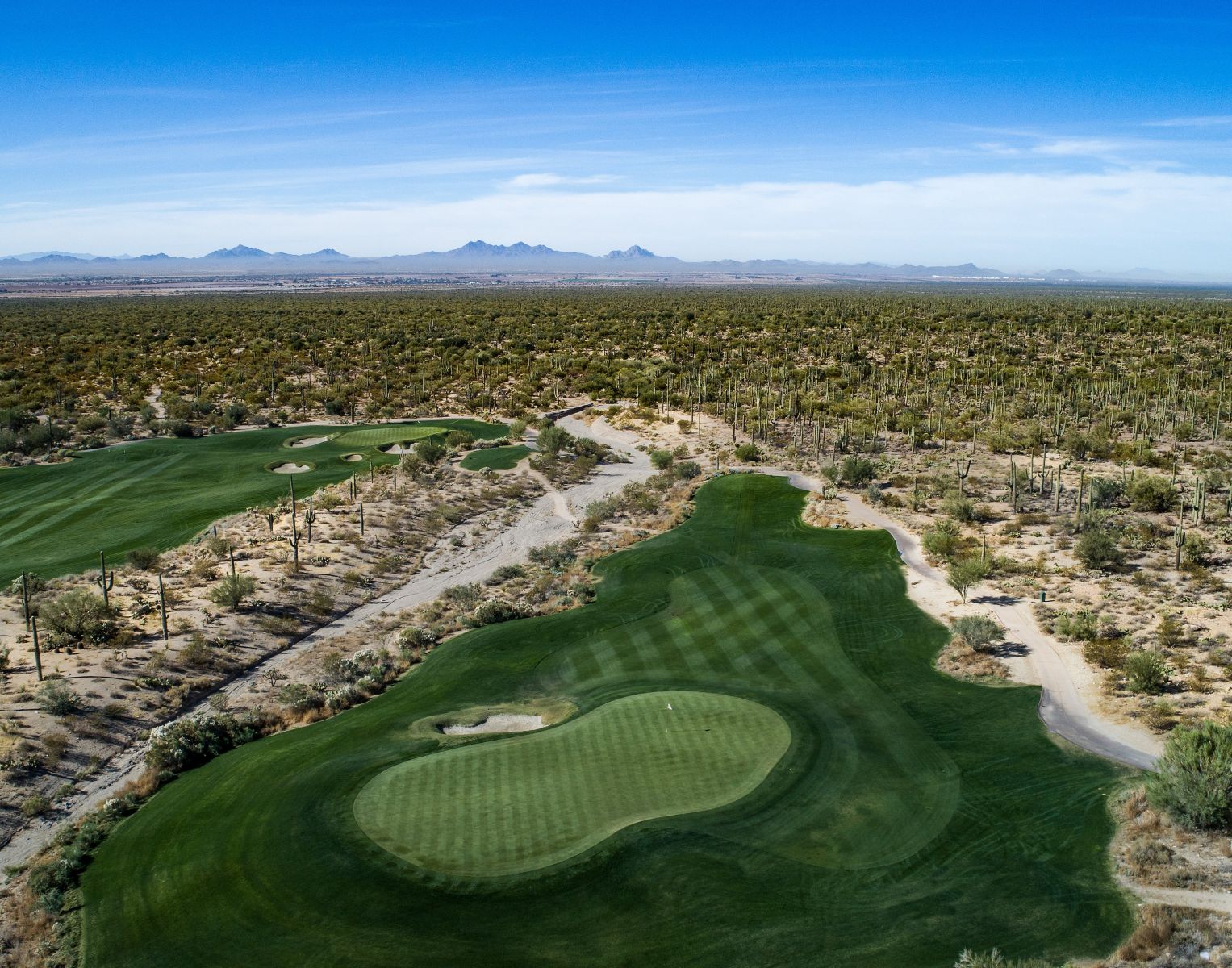 A straightforward target, the relatively level green is angles right to left, wrapping around a bunker that is set right-center. A tightly mowed swale on the left is safe, unlike the waste area on the right. 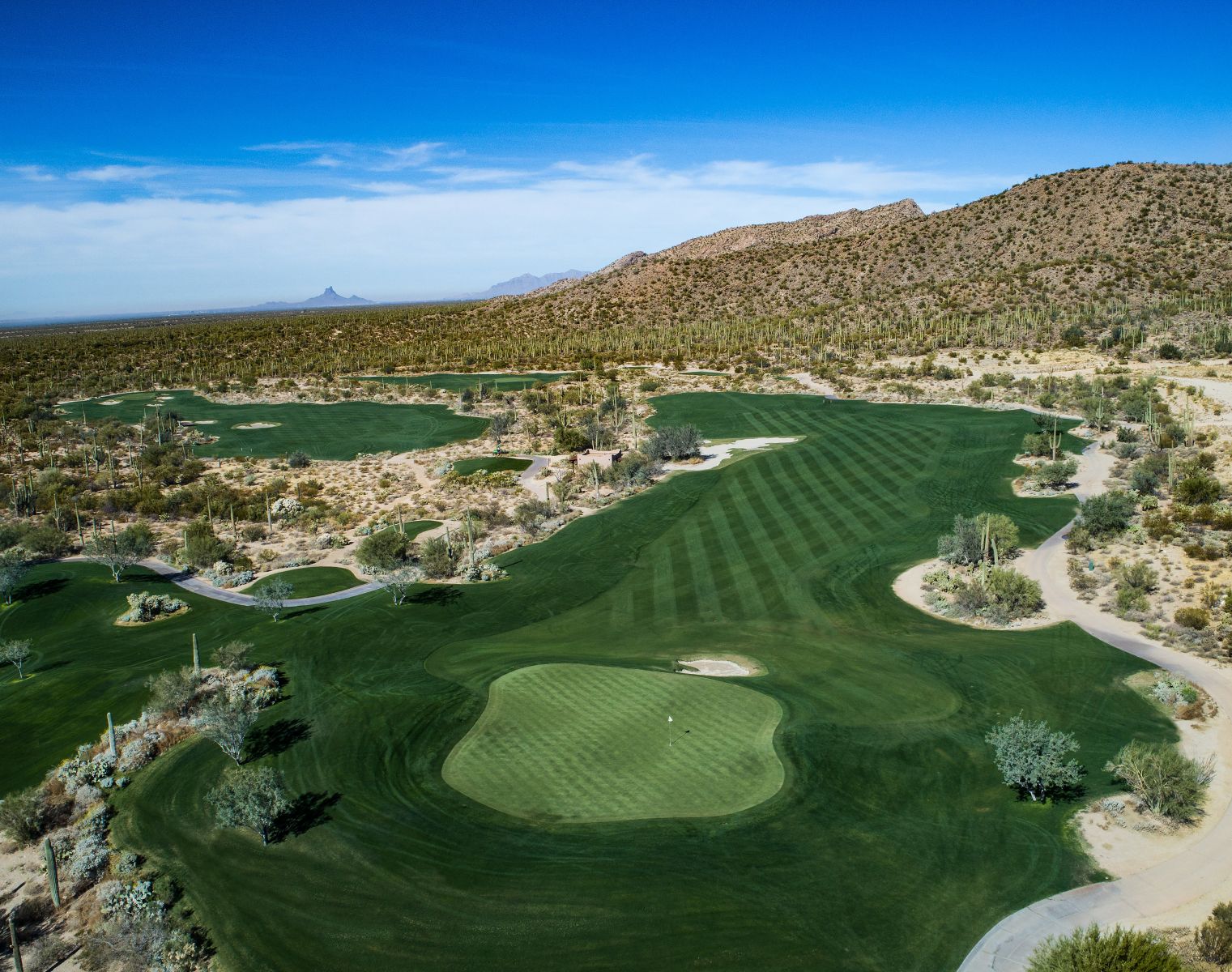 An uphill dogleg right, the wide fairway is guarded by a bunker 60 yards long at the right corner. A deep "Black Hole" bunker fronts the elevated green, which slopes sharply to the front, left-to-right. 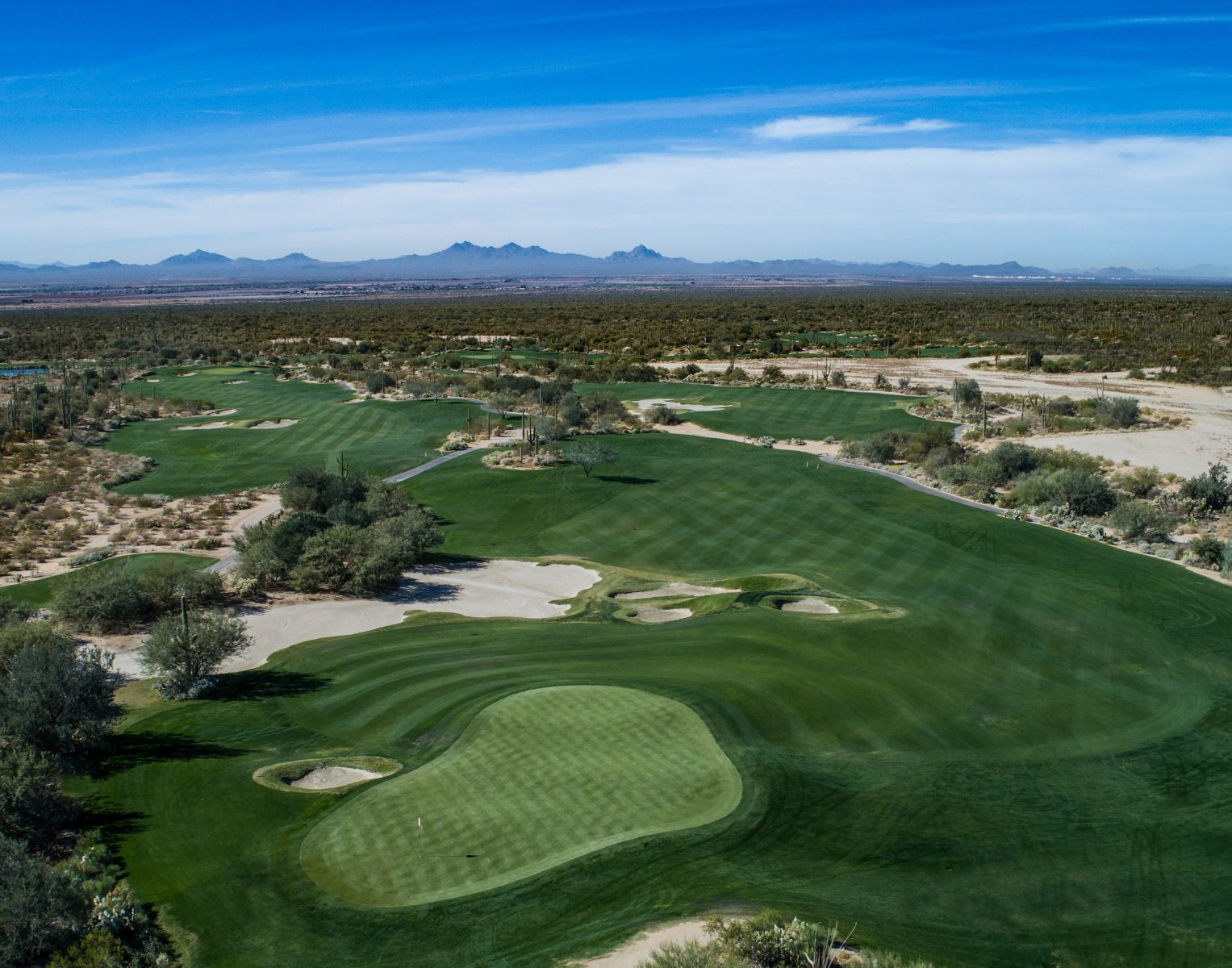 A wash splits the fairway into a dogleg right, with bunkers along the wide landing areas. An impressive hilltop bunker complex 40yards short of the green can hide most of the flagstick. 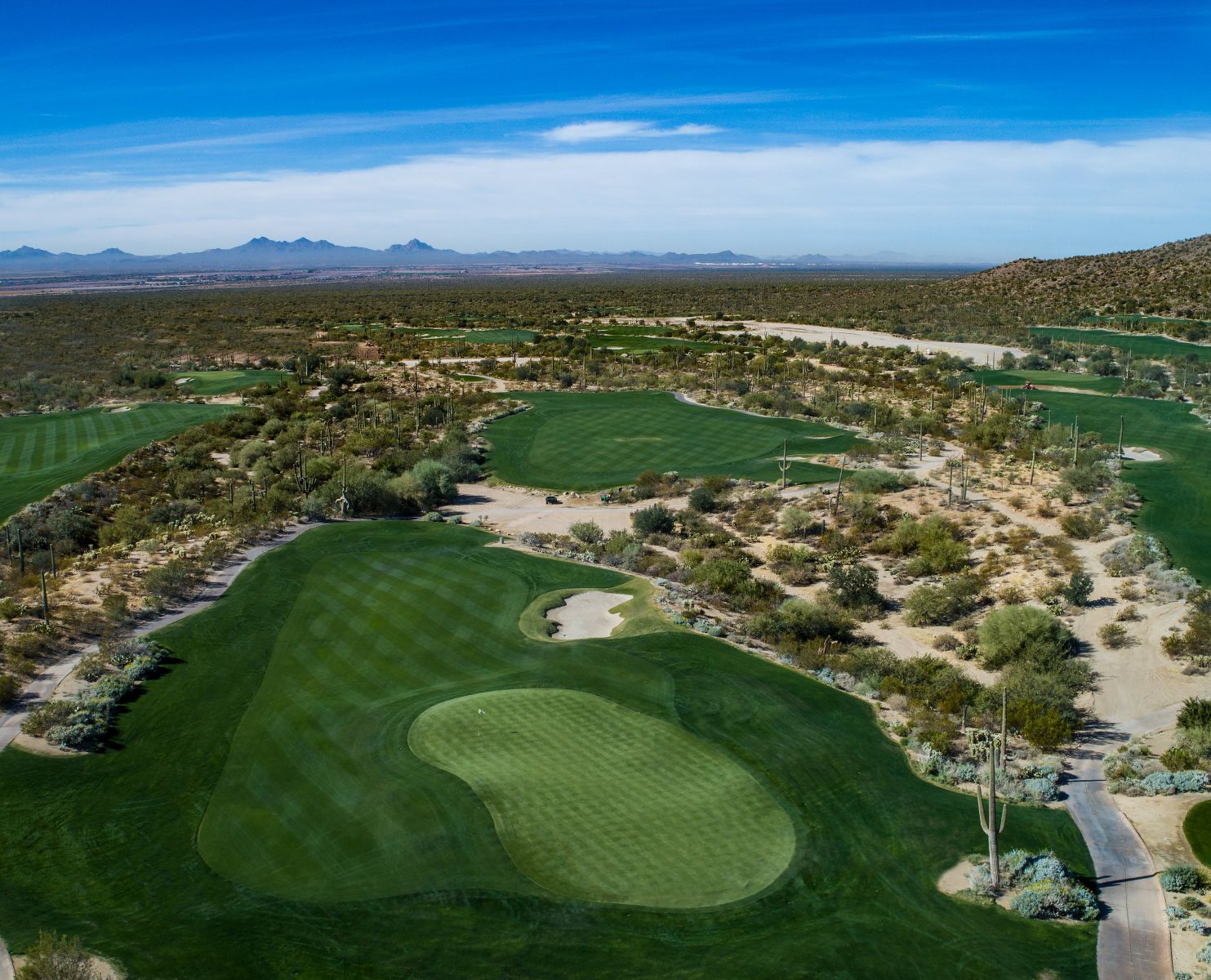 A wash creates a carry from the tee and reappears in front of the green, wrapping around it as well. A raised fairway bunker hides the green, which slopes in front to a grassy area on the right.

Back to Top
Please enable JS